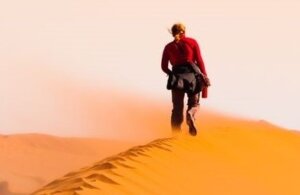 The Namib Desert is the world’s oldest desert, and although it stretches along the entire length of Namibia’s coastline into southern Angola and even the Northern Cape Province of South Africa, the Namib commonly refers to the vast sea of sand extending from Lüderitz to Swakopmund.

This vast expanse of breathtakingly beautiful sandy desert features remarkably varied scenery including, the massive red dunes of the world-renowned Sossusvlei, the moonscapes of the Namib-Naukluft Park, the stark beauty of the Atlantic Coast and a diversity of fauna and flora.

This windswept, arid, ancient landscape is teeming with desert-adapted wildlife such as endemic chameleons, brown hyenas, gemsbok, jackals and seals along the coastline and a variety ofplantlife including the famous welwitschia plant, a unique living fossil. Other highlights of the Namib include Fish River Canyon, Kolmanskop ghost town, Lüderitz, Cape Cross seal colony and the Skeleton Coast